Let us read about Skyscrapers

What are skyscrapers? A skyscraper is a high rise and tall multi-story building that is habitable as well. Skyscraper comes from a nautical term that

A skyscraper is a high rise and tall multi-story building that is habitable as well. Skyscraper comes from a nautical term that referred to a small triangular sail placed above the sky-sail on a sailing ship. Most skyscrapers are steel structures and responsible for creating a vivid skyline of any city or country. A skyscraper can technically be called a habitable tower as well because of its sky-touching height like that of a tall tower. Most countries show their power by constructing unique and technologically advanced skyscrapers.

How are they different from any other building?

They are not very different from any other form of building in terms of functionality and usability but service and circulation. All skyscrapers have a tensile steel structure, mostly using tubes or rods to create a basic structural frame. The vertical movement through elevators and functions of various services work significantly differently in a high rise building. They are very different from any other form of buildings because the circulation or movement pattern is more focused vertically that is in between different levels and floors. Comparatively other buildings’ major circulation happens on the same floor level more often.


After the Great Chicago Fire of 1871, the Home Insurance Company hired architect William Le Baron to design a tall, fireproof headquarters. Inspired to design the building’s steel skeleton after his wife placed a heavy book on a small birdcage—and found that the cage supported the weight. Today, that revolutionary structure is widely considered to be the first skyscraper which was 10 stories high.

Another revolution in the construction of skyscraper came when Fazlur Rahman Khan introduced a framed tube. It was based on the idea to resist lateral loads by designing the building as a hollow beam vertical to the ground. Closely spaced interconnected exterior columns form the tube that allowed fewer interior columns and creates more usable floor space. It was this technology that turned skyscrapers like world trade center, sears tower, and Burj Khalifa into reality.

Many world-famous skyscrapers are designed with such perfection that they also serve as a great tourist attraction, some of these are:

Situated in Dubai, UAE Burj Khalifa is at present the tallest building in the world and is a major reason for tourist attraction. Designed by Adrian Smith, of Skidmore, Owings & Merrill Burj Khalifa is almost 830m in height and 163 floors. The building was first opened in 2010 and also holds a number of records under its name. Burj Khalifa has a number o observatories and sky lobbies at different levels. The highest floor observatory is on the 148th floor from where entire Dubai is visible. 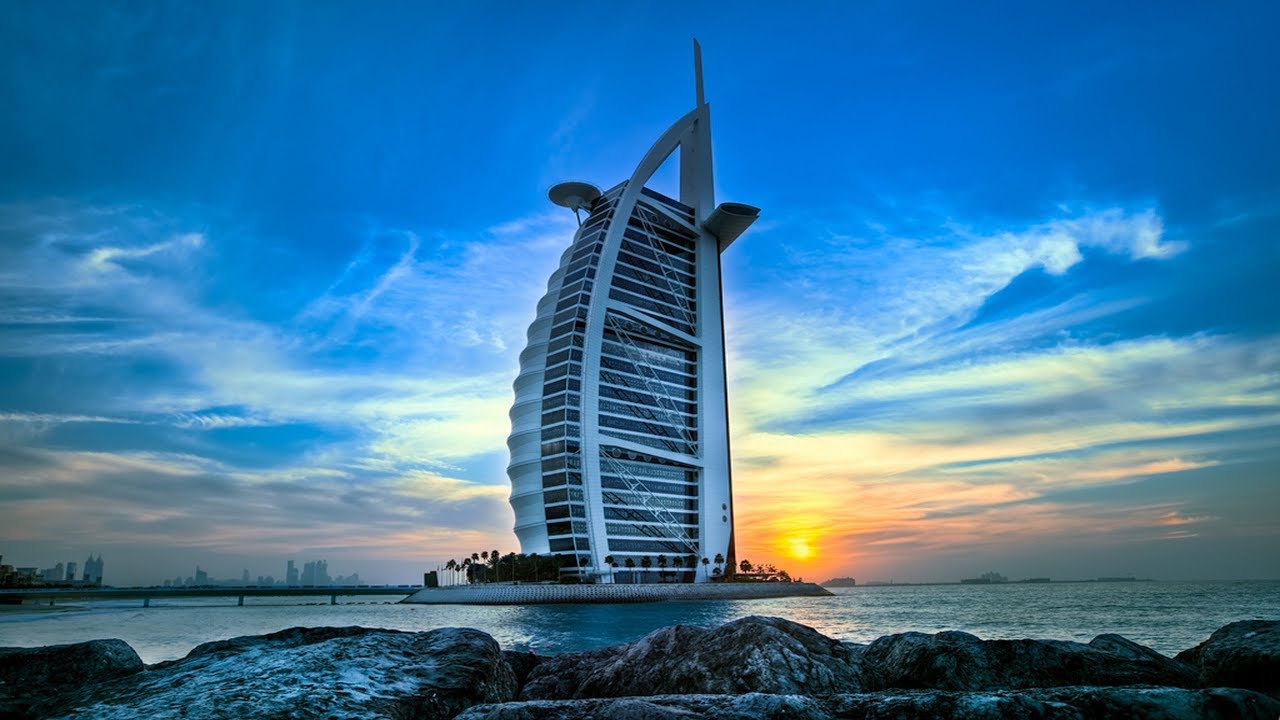 Build on an artificial island nearby Jumeriah Beach, Dubai Burj Al Arab is a five-star hotel. Designed by Ar. Tom Wright, it is also the 7th tallest building and 5th tallest hotel in the world. The architectural design skills and engineering skills used in the construction of Burj-Al-Arab are commendable. Engineers created a ground/surface layer of large rocks, which is circled with a concrete honeycomb pattern, which serves to protect the foundation from erosion. It took three years to reclaim the land from the sea.